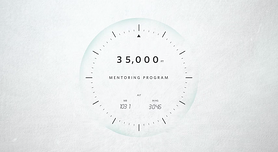 known fact that business people spend a lot of time flying for business.  First class is often call “business class.”  However, there’s a new section of seating on select Delta flights called the Innovation Class and it will likely attract many business people. The innovation class is a mentoring program at 35,000 feet in the air. The first Delta innovation class flight was taken by Eric Migicovsky, who is the creator of Pebble Smartwatch. He understood that sometimes your schedule can become overwhelming and you have very little free time. In fact, he created the Pebble smartwatch to save time so he could see what was happening on his phone without taking it out of his pocket. Migicovsky loves to talk to people and share his perspectives. Migicovsky met with James Patton to discuss their love of technology. Had they met in person, they probably would have spoke for no more than five minutes but because they were sitting in innovation class, they had three hours to discuss. This is a corporate social media match made in the sky.

How does it work?

You apply through LinkedIn to see what innovators will be flying in innovation class.  You are able to sign up for specific flights with select mentors.  The goal is to provide the opportunity for successful people to share their wisdom and knowledge with others who yearn to hear it during a time where they would be en route to a place they need to go.  Delta also allows you to suggest a mentor.

Zia Elia
I think this is brilliant! I can remember sitting next to a famous musician and an author during my travels. The conversations were remarkable and our brainstorming on audio and technology was insightful. This would have never happened any other way. Delta has definitely hit a home run with this innovative program. I look forward to taking one of these flights! Thanks for sharing. Best regards, Zia