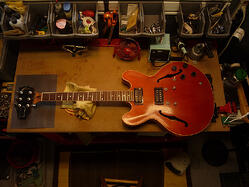 internet has changed the way a business operates today.  The internet has the potential to make or break a company’s image.  I call it a dual-edged sword.  The internet enables a company to reach millions of users immediately and offer their products/services.  At the same time, the very same tool can be equally destructive for the company’s image to the extent that it leaves an everlasting impression on the consumer's mind.

In today’s e-commerce world, it is practically impossible for any organization to capture market share without an online presence.  Equally important is for the organization to maintain their online reputation.  The internet has given a voice to customers which cannot be ignored.  Earlier the company could handle customer complaints and disputes by personal correspondence, thus controlling the possible negative publicity effectively.  In most cases, a dissatisfied customer would mail back comments to the company.  However these days, customers are empowered with online blogs, social networking, and other tools that can quickly damage the company’s reputation and lead to irrecoverable damage.  Consumers today share opinions online on everything from vacations to books to electronics.  Thus magnifying every flaw, insult, and mistake and further broadcasting opinions to billions of viewers.

An interesting incident that I would like to discuss is an incident associated with United Airlines.  The incident that continues to do damage to United Airlines was caused by a single angry customer.  It all started in 2007 when a musician, Dave Carroll, witnessed his guitar being damaged by the United Airlines‘ baggage handlers during a luggage transfer from one airplane to another at O’Hare International airport.  Dave spent 15 months seeking compensation but his effort reached an impasse when a United Airlines’ customer service agent informed him that the airline was not at fault and hence not responsible for the damage to his guitars.  In response, Dave decided to write three songs and upload them to YouTube.  Dave also wrote a blog regarding his ordeal to recover damages from United Airlines and posted the link of his video on his Twitter account.

Unfortunately, United Airlines had not completely anticipated the power of internet.  The video went viral achieving 3 million views in a week.  Further damage was amplified since media decided to promote Dave’s video.  Dave has given approximately 300 interviews to the different news channels on national television.  United Airlines’ stock price fell 10% resulting in a loss of $180M and a lot of annoyed shareholders.  The story was repeatedly shared in social media adding to the woes of United Airlines.

extent of damage was not just limited to money, rather this incident made a permanent footprint in people’s memory about United Airlines.  In 2009, United Airlines once could not provide the Jet bridge and the passengers were asked to walk a long distance to the gate from the flight, this caused angst among the passengers.

The passengers expressed their dissatisfaction towards United Airline’s customer care by singing Dave’s “United Broke Guitar” song again. In fact, the United Airline’s guitar incident was also featured as a question on Jeopardy, a popular quiz television program. And if you think this is not enough you can also witness a 2 year old singing a song.

Companies may ignore social media at its own peril.  Consumer engagement is critical for success, which needs to be done and needs to be done right!  It is needless to say that the customer engagement should lead to effectively solving customer issues.  Customer service is a two-way dialogue and not a mere monologue.  I would like to discuss the 3 simple steps that could do wonders to the image of any company:

Companies need to realize the importance of active engagement with customers online and offline.  The customers will discuss the pros and cons of a company through various online channels.  This puts a lot of pressure on the company to be an active participant in the conversation and solve customer issue before any damage is done to its image.  Risks of remaining idle are very high as witnessed by the United Airlines’ failure in the example discussed here.  When a customer has one bad experience he/she shares it with 10 other people.  The social media and internet would end up multiplying that number many fold.  Per Convergys Corp, a negative review or comment on the Twitter, Facebook or YouTube website can lead to a loss of 30 prospective customers. (http://www.bloomberg.com/apps/news?pid=newsarchive&sid=afod9i5PqoMQ)

Ford Motor Company has an active online presence.  Ford has specially employees who monitor and promptly help resolve customer issues be it on Facebook, Twitter, YouTube or any other social media outlet.  For example Ford Motor Company has dedicated customer service handles like @FordService that answer questions and concerns regarding two main brands Ford and Lincoln.  While there will always be happy and angry customers who either praise or provide negative feedback for the company, the key lies in prompt and active customer engagement as witnessed in the tweets below.  Thus keeping customers informed and issues resolved in an effective manner.

(All accolades and credit for this tremendous blog post are for Sameer Joshi who is the author and content creator.)

Kathleen Page
Very good blog! I had never seen this before. Dave Carroll was a genius. The toddler that also sang the song was adorable. It is so sad though that in order to get things noticed, we need to create some type of crazy video for the entire world to see. These things really are getting their point across though. Many organizations think they are untouchable but they need to start taking notice and think twice when an issue comes up. Just like you said, they need to realize the power of social media and the internet. I'm glad Ford is paying attention to their online presence. Hopefully other organizations will begin to follow suite.