The Impact the Malala Foundation has on the World 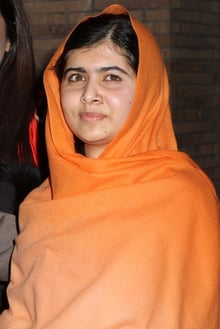 Most individuals are aware of the shooting in 2012 of Malala Yousafzai that sparked national attention. Malala spoke up for the rights of education for young girls that were banned due to conflict with the Taliban in her country. However, most people probably are not aware of the progress she and the Malala Foundation have made globally to ensure young kids can attend school. I must admit I was one of those individuals; it wasn’t until recently that I attended a conference and listened to the Malala Foundation presentation that I was inspired to write a blog about it. The presentation was one of the most humbling and life changing speeches I have ever witnessed. The Foundation has recently released some amazing projects to draw awareness to the lack of education available to youth globally. Below I will be discussing some of the avenues they have taken to raise awareness, the mission/ vision, and the impact on various regions they have had.

The movie campaign is a 12-month social action known as Stand #withMalala to raise mass awareness, increase funding, and promote policy changes. The movie is titled, "He Named Me Malala". The movie will be featured on the National Geographic Channel on February 29 this year for the global television premiere of He Named Me Malala. The movie is enlightening and really demonstrates the struggles that families in the Middle Eastern and African countries have because of on-going conflicts. It validates the internal and external conflict between countries, religious groups, various crises throughout different countries, and of course the restriction on the fundamental rights to education based on gender discrimination.

The slogan for the Malala Foundation's campaign is Stand Up, Stand Now. Stand #withMalala. As a business student, one can appreciate the slogan, campaign mission, and how determined the Malala Foundation is to protect today’s youth. According to the Malala Foundation, "over 60 million girls are missing out on education because they have to work, are married early, lack access to school facilities, or have to care for younger siblings, denying them their fundamental right to education.”  The Foundation's long term goal is to make it so, at a minimum, 12 years of education is given to every girl. Several countries that have been impacted in a positive way are detailed. 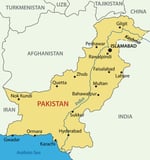 This is Malala’s home country and has the second largest number of girls not in school in the world. "Poor girls in rural areas of Pakistan are 16 times less likely to be in secondary school than boys from the wealthiest households." The Malala Foundation has not only helped increase the enrollment in secondary schools but has established educational programs, psycho-social support, and repaired damage to classrooms. 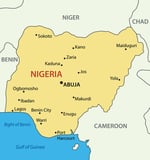 The Malala Foundation has given adolescent girls the opportunity to be educated. Many are out-of-school or married girls. Nigeria has the largest number of girls not in school and the average girl only stays in school until the age of nine. "Girls' ambitions are marred by an unfair and expensive education system."  Yet, "cost is not the only barrier to education for girls. Lack of safe water, roads and health facilities all limit girls' ability to attend school, as does the threat of violence." The Malala Foundation is geared towards helping many of the young girls in this country. 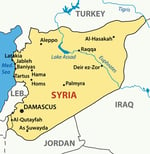 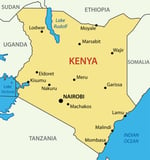 Interestingly, Kenya’s capital Nairobi, is becoming the digital hub of Africa. The Malala Fund is taking advantage of this trend and giving girls the opportunity to be involved in information and technology training programs. Yet, one problem in Kenya is that secondary schools are extremely expensive for many families in the country and the Malala Foundation is aiming to closing this gap. Invest 3 minutes to listen to the stories of Kenya's girls - Malala Fund Program: Kenya or read Merab's story as she writes about her future. 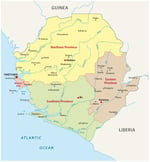 The Malala Foundation has responded to the Ebola Crisis that has had a heavy influence on hundreds of thousands of girls out of school .  The Foundation has supported the BRAC’s Empowerment and Livelihood for Adolescents (ELA) Program. This program offers girls the ability to receive real world training skills through radio-based education. This program also offers girls the opportunity to learn more about Ebola and sexual and reproductive health which are also factors that deter the youth in finishing school.