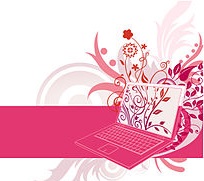 has certainly come a long way. Remember when we were all on Myspace?  Who knew how many new networks we would have in upcoming years.  The digital world evolves quickly.  Here are a four changes we can expect for 2014.

According to research, people like graphics.  In fact, Facebook posts with pictures get twice as many likes as those without.  This is not surprising, as Pinterest, Instagram and Tumblr have gained popularity.  Visual content is a very important part of social media and there will be much more opportunities for it in the near future.

2. Linkedin Will Become An Important Source For Industry News

better to get your business news than from the mouths of top CEOs and business people?  Linkedin has some real power players blogging for them.  What do Mark Cuban, Richard Branson and Randi Zuckerberg have in common?  They all write articles for Linkedin.  There are over 100 million active readers to date.

so many brands using social media to reach their consumers, it is going to be easy for your message to get lost.  Paying for targeted Facebook/Twitter tools will be worth it for company’s to get their message out through the clutter.  Twitter has been working on paid advertising and 2014 will be the year they make an aggressive push towards it.

Buzzfeed has popularized those “top 10” lists this year.  They have done it well with the use of gifs and surveys.  If other outlets want to compete, they will need to make their stories more engaging and more interactive.

Jennifer Exel
I love that the number one change is more graphics! I am a novice at Photoshop and InDesign, but I am learning how to create really beautiful images with this tool. It is increasing my level of awareness to images and graphics on webpages I visit most. It would be unique for webpages to allow more personalization, especially ones I subscribe to or visit often (Yahoo.com, Google.com, Weather.com, etc) Hope to see it in the future! As far as the visual content mention, I know I use Facebook to view my friends photos the most, not to post or read text content. Same is true for Pinterest and Twitter.