RSS features from a user's perspective 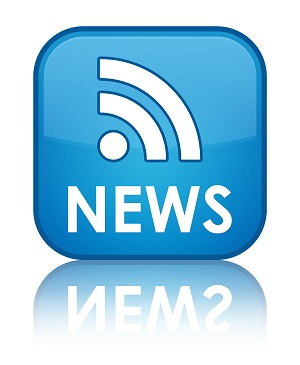 Like so many users out there, I rely heavily on RSS feeds for my news. However, since July 2013 – the date Google Reader went dark –it become an arduous task going from site to site to view news. On my way to finding a single site RSS successor, I learned a great deal about what works and doesn't in newsfeed delivery. News, blogs, everything that once seemed at a user’s fingertips seemed a bit further away than the day before. Google had set the standard for what readers wanted, providing:

While some of those features sound easy to replicate, the journey to find the replacement for Google was not. When the announcement came that they were shutting down, it was a free for all for RSS readers. People were scrambling to find a new search engine for all of their RSS needs, as was I. One after another sites came and went as I attempted to find a new hub for all of my reading. I needed a true Google reader replacement.

In my search, I’ve compiled the following review of RSS hits and misses:

My first attempt at a replacement included reviewing Newsblur. While it lacked some of the features that Google Reader had, it was charming in its simplicity.

It had many features that seemed very acceptable. Though, after a short time, it became clear that this was not a reader that I could get behind. As the growing number of users started migrating, Newsblur was struggling to keep their infrastructure up-to-date, so they quickly implemented a pay-to-use model. If you subscribed to more than 60 feeds and wanted to read those beyond that number, you had to pay for it. For a person like me -cheap- that was an automatic disqualification. While I can understand the want or the need to capitalize on the opportunity that came with Google Readers collapse, to me I’d sacrifice many features as long as I didn’t have to pay for it.

While it did have some key advantages over Newsblur, Newsvibe was missing some key features. One was the ability to save articles so that you could keep them for reference. Another was the ability to easily mark an article as unread without having to scroll through possibly hundreds of posts just to click on a single button. Lastly, was its ability to slow down the appearance of news feeds. The thought of slowing down updates seemed foreign to me.

Now it should be noted that since I used and observed it over a year ago, Newsvibe has gone through some rebranding. It is now known as Netvibes. Many features that were once lacking have since been added. It also has some advanced premium features that, though they aren’t for me personally, might be beneficial for businesses trying to analyze trends that might occur between articles and sites. But from my perspective Netvibes is too little too late.

SilverReader was next up for review. While the other readers tried to be something different, SilverReader wanted to be the same as Google Reader, top to bottom. Google was nice enough to release the code for Google Reader before they closed down, allowing other services to take advantage of it and to pursue their former customers. Essentially, it was SilverReader alone who used that code to create their infrastructure. They thought by trying to stay the same they could succeed and, for a short time, they were right.

Problems quickly arose when it appeared that, while their model was clear of being the same as Google, they weren’t prepared for the capacity and suffered from almost constant downtime, or feeds not updating. Large intervals of time passed without updating their users regarding how they were resolving the issue. I wasn’t willing to wait until problem after problem was finally worked out and neither were others. In November 2014, they finally closed their doors as it became evident that people were just not using it.

Then like a bang, Digg the news aggregator that everybody knew, decided that they wanted to get into the RSS reader game. Seeing the emergence of reader after reader, they made announcements that they were going to be the one place news hub for everything that you’d want to read. With that, Digg Reader came onto the scene. How could I not check this out?

You’d think that a site that prides itself on getting you the news by taking it from several sources would be able to give you the type of experience that the rest were lacking. When the day finally came, all I could think was, “Meh.” I was expecting more. Digg followed a very minimalist design and while that might appeal to some, for me the lack of features was evident.

If even the most popular names out there couldn’t provide the best experience, it was becoming more and more evident that either my standards were too high, or there would never be a true replacement, only an alternative to Google Reader.

Feedly’s goal was to be the first choice for those seeking a replacement for Google’s RSS reader, with the goal of providing everything users enjoyed with Google Reader and then some. 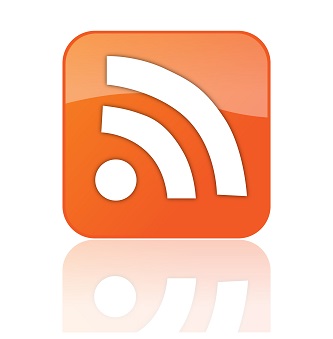 Hitting the mark, Feedly offers the same features Google Reader offered, but they also went beyond that by constantly striving to improve their digital content develoment and working to deliver what users actually requested. At Feedly, reader feedback matters. From their blog to Twitter, if you had something to say, they listen.

Essentially, Feedly succeeded because they weren’t trying to develop themselves around the collapse of Google Reader. They had been at work developing their reader in 2008, long before they became lost in Google’s shadow and that has served them well. Beyond being a website platform, they also developed mobile apps that worked directly with their web version allowing users full access to their information which interacts seamlessly with each other.

Plus, they’ve shown that they are constantly striving to improve. Always responsive, Feedly continually updates their site with features and actively works to correct issues as soon as they arise.

I have now found my new RSS home with Feedly and apparently I’m not alone. More than 15 million other users have, too.