Reaching Out To The Customers 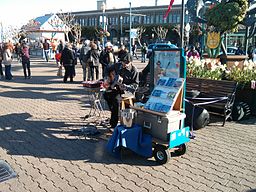 was in San Francisco walking the streets sightseeing.  I saw a person selling paintings on the sidewalk with very few interested buyers.  A few months later, I had a very different experience at Disneyland where a guitarist was playing a catchy number to which his group was performing various acrobatics and selling puppets.  It was quite visible that the guitarist was crowded with families who were enjoying the music, the acrobatics and a lot more were buying the puppets too.

(Image by Zeljko.filipin (Own work) [CC-BY-SA-3.0 (http://creativecommons.org/licenses/by-sa/3.0)], via Wikimedia Commons)

What was the difference between the approaches of the painter and the guitarist to sell their products?

This got me thinking - what was the difference between the approaches of the painter and the guitarist to sell their products?  Both were trying to earn money and both were located at popular tourist avenues.  I realized that while the guitarist was in a theme park selling puppets to families interested such activities, the painter on the other hand, was trying to get the attention of people interested in sightseeing, but he chose a wrong location!  Now wait a second!  Doesn't this also apply to people using internet for their shopping?  If you take a peek at any company you will see them having a social presence but it is of no use if they don't use the social network to promote themselves.

Just having a social presence does not guarantee success instead getting right content to your network does.  It all boils down to captivating the imagination of your audience and compelling them to visit your website or fan page to further engage them.

You reach the right audience with your product or create content that increases customer engagement or something that goes viral creating excitement and buzz in the market, something similar was done by Westjet airlines recently during Christmas 2013. 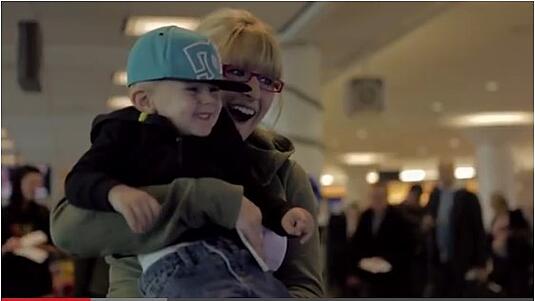 The WestJet marketing team wanted to make an impact in the minds of the consumers.  When I say impact I mean creating a certain positioning in people’s minds about the company and its services.  Their goal was to improve the market perception and increase the fan following by creating a buzz.  There are many ways WestJet could have achieved it using conventional marketing tactics but they had planned something different, out of the world.

Santa!!  With the help of around 175 volunteers, they surprised more than 250 customers by bringing their wishes come true.  The 3 airports they chose had a self serve check-in kiosk with a live Santa on display monitor who asked their wishes.  Santa knew the customers with their first names, such was the personalization in this campaign.  When those people got off at their destinations, they had the gifts waiting for them on the conveyor belt.  The following video explains it all.

It was declared one of the best marketing campaigns during Christmas season of 2013.  It not only created a buzz and excitement about WestJet but also improved the general perception about their services.  It created an emotional connection between the airlines and customers that is the key to their success.  The fan following spiked with a whopping 35,388,601 views on YouTube that money invested in any other marketing campaign would not buy.  In fact Yahoo finance declared this marketing campaign a ‘Marketing Gold’.

Though it was a great warming campaign, many analysts doubted the benefits WestJet would achieve from it.  Few people doubted if this buzz would make people switch over to WestJet as their preferred airline and if WestJet would see a jump in their profit numbers.  They might be right till a certain extent.  If you look at WestJet financial numbers (http://www.marketwatch.com/investing/stock/wja?countrycode=ca), you would see their stock price reaching the top right around that time and then they eventually declined. 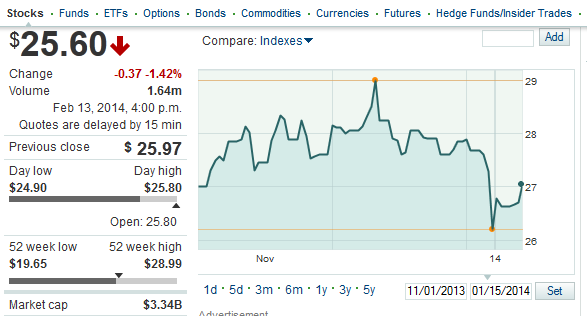 The skeptics might be true to an extent.  WestJet stocks did gain from the amazing customer reach through the viral video but could not sustain it further.  But regardless, I do believe the efforts are not wasted.  They have gained a plenty from it.  The emotional connection the campaign managed to create and more importantly the focus on existing customers by giving away gifts have locked in these customers with WestJet for life.  I am sure people will spread the video in turn spreading the good will for WestJet.  I am a US resident and probably would never fly anything Canadian but now I do know of a name which I could try and refer it as well –  WestJet.

(All credit and accolades for this tremendous blog post are for Sameer Joshi who is the author and content creator.)