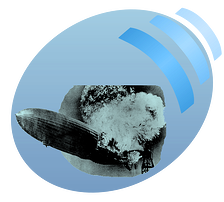 the world is becoming an increasingly social culture, in tune with one another, humans are relying on social media during times of need to both gather information and call out for help.   In emergency situations, our natural reaction is evolving into a call out for aid via Twitter and Facebook, not just a phone call to emergency services like 911.  We are using social media to obtain up-to-date information during emergencies and to share data in the form of geographical data, text, pictures and video.

"The earthquake in Haiti, the political revolution in Egypt, hurricane Sandy, the bombing at the Boston marathon, and the most recent winter storms in the southeastern cities of Atlanta, GA and Charlotte, NC." Federal Emergency Management Agency (FEMA) wrote in its 2013 National Preparedness report that during and immediately following Hurricane Sandy, “users sent more than 20 million Sandy-related Twitter posts, or “tweets,” despite the loss of cell phone service during the peak of the storm.  At one point during the storm, we sent so many tweets to alert customers, we exceeded the [number] of tweets allowed per day,” PSE&G’S Jorge Cardenas, vice president of asset management.  PSE&G is New Jersey’s largest utility company.

Following the Boston Marathon bombings, one quarter of Americans reportedly looked to Facebook, Twitter and other social networking sites for information.

According to new research from the American Red Cross, the Congressional Management Foundation and other organizations, social media could stand to play a larger and more formal role in emergency response.  Almost half of respondents in a recent survey said they would use social media in the event of a disaster to let relatives and friends know they were safe.

Because of this information, emergency managers within the American government and human aid organizations are recognizing social media as an opportunity to engage in effective communication with the public.

The Red Cross introduced apps for shelter locations, first aid tips and hurricane preparedness, the last of which also includes a flashlight feature as well as one-touch, “I’m safe” messaging that connects directly to the users’ social media channels Red Cross plans to unveil several other preparedness apps throughout the fall.  Links to the apps can be found at redcross.org/prepare/mobile-apps.

Drawing up an effective social media strategy and tweaking it to fit an emergency, however, is a crucial part of preparedness planning.  Disaster sociologist Jeannette Sutton, a senior research scientist at the University of Colorado says “For the Boston Marathon incident, she found no consistent hashtag on Twitter, which can make tracking relevant information difficult.”

As part of disaster preparedness, she says, it would be useful to teach the public how to use social media effectively, how to get information from the web and also how to put out useful information. 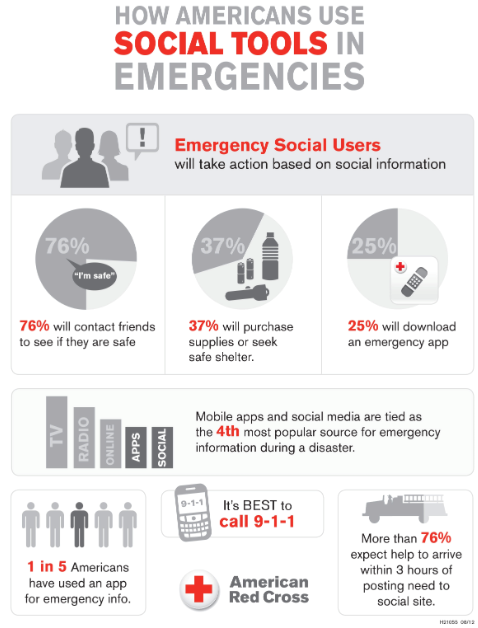 (All credit and accolades for this tremendous blog post are for Jennifer Exel who is the author and content creator.)