Generation Z and Snapchat: The Future of Advertising

Every Generation is scrutinized more than the last generation, reviewed tirelessly and considered to be lazier than all others. Millennials are currently the targets of studies, articles, and blog posts that aim to point out some flaw in the way they live. However, the generation following Millennials is beginning to finally pick up some traction in the internet world – Generation Z.

Generation Z is commonly referred to as the crop of people born after Millennials, beginning in approximately 1997 and ending sometime after 2010. In other words, those who do not remember Hanson’s “MMMBop” topping the charts are a part of Generation Z. Different scholars use different years as the generation’s advent, but the common ground appears to be the late 1990s. These people have lived their entire lives with the internet, coming of age as Facebook and Google ruled the internet. Their number one source of communication has been texting and their number one method of purchasing (or pirating) music has been online.

While Millennials were awkwardly learning social media and determining how “social” to allow their personal information to be, the younger Generation Z watched in amazement as the early 2000s teenagers moved from AOL Instant Messenger to MySpace to Facebook. Each site offered the ability to show more user information and provided less privacy. Millennials spent so much time trying to earn online popularity or go viral that they lost their sense of privacy. 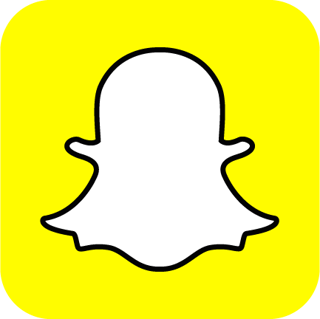 Enter Snapchat. In late 2012, Snapchat gained notoriety as the first app that allowed users to send photos or videos to individuals without saving them first. The files would be instantly deleted unless the recipient had the wits to screenshot the photo. Essentially, Snapchat re-introduced privacy to the world of social media. Millennials, Generation X and Baby Boomers all thought the same thing when Snapchat hit the market: nude pictures. It was the only logical thing to do with a social media site that was inherently not social. The question everybody over the age of 18 thought was, “why wouldn’t you want something available to the masses that could potentially go viral?”

After all, the chance to go viral and gain internet fame was all the rage in 2012, with YouTube and Google acting as catalysts for sharing millions of videos each day. New internet stars were made each day, culminating with Psy, a Korean singer whose hit “Gangnam Style” topped the charts after becoming the first YouTube video to amass one billion views. Internet success like this began spilling into mainstream business, as well, as social media marketing positions were posted online with the hope that whoever was hired would help make the company “go viral” and thus gain more awareness and subsequent revenue.

But Snapchat changed that notion. People began thinking about what they could do with photos and videos that did not save to their mobile devices … without the nudity or other explicit content. First adopted by teens and younger Millennials, Snapchat began processing 700 photos per second one year after launch. As the app became more popular, new features were added with new, goofy options to change your photos or videos. To explore the most recent iteration of Snapchat technology further, consider the options users have when taking photos or videos:

With all of these new options, the desire to act more random and strange is elevated due to the heightened sense of privacy and lesser chance of photos or videos falling into the hands of those who would likely be judgmental.

Now in 2016 Snapchat is expected to surpass both Pinterest and Twitter in terms of total unique users in the United States. Despite trailing Facebook in terms of total users, Snapchat boasts more unique teenagers using the app plus exponential growth in the under-12 age group. While Millennials and Generation X are now adopting at a more rapid pace, it is clear that usage among teenagers is the highest, with anywhere from four to six billion videos being viewed every day.

With Snapchat so popular among Generation Z, what does that say about this younger generation?

It is clear that Generation Z values their privacy more than past groups. Witnessing the social media failures of those before them, Generation Z took cues and found solace in the social network that did not necessarily include the “social” part: Snapchat.

But having said all of that about Generation Z and Snapchat, what does that mean for business?

You will find more statistics at Statista 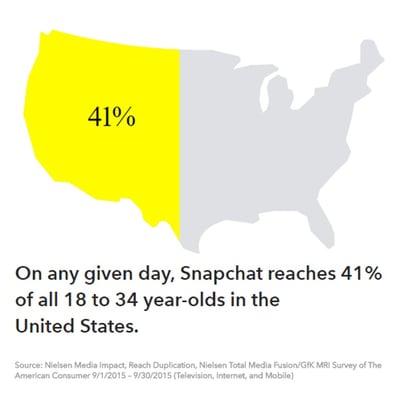 The ability for businesses to advertise on Snapchat has only been available for less than 12 months with tangible returns still somewhat unknown. Taco Bell has provided the single most successful Snapchat campaign thus far, offering the ability for users to turn their heads into tacos during Cinco de Mayo. It was used over 220 million times, providing more brand awareness than any television ad short of the Super Bowl. Moreover, Taco Bell’s latest campaign aims squarely at Generation Z more than any other group, publicly saying that the youngest group of people with buying power is their target audience, especially with their new Quesalupa product launch in early 2016 (the menu item provides an entire day’s worth of saturated fat, not a fact lost on older generations.)

Television is still the most powerful advertising avenue for brands but Snapchat is quickly becoming a valuable advertising asset. Pricing can be steep, but for Taco Bell, which spent $750,000 on their Cinco de Mayo ad, the expense has proved to be a worthwhile endeavor. Revenue numbers have not been released for the 2016 fiscal year, but when one considers the additional publicity from the Snapchat lens and the ability to call Taco Bell an innovative marketing company, it is clear the lens has provided the company with a tremendous value add.

The expectation is that Taco Bell’s 2016 revenue will climb and a large part of that will be thanks in part to their recent investment in Snapchat. With Generation Z now having buying power from allowances and part-time jobs, Taco Bell has become the first company to capitalize on it by reaching their target audience in an easily accessible method. The long-term results can be difficult to quantify today, but the ability to reach out to the newest generation with buying power is something that will undoubtedly pay dividends in the future.

Brought to you by Marketing Automation Software by Marketo