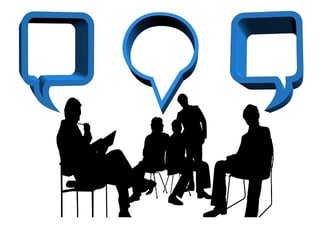 Many years ago, social media was just a thought.  Internet types were just expanding from dial up to cable and DSL.  Many more people were spending additional time on the internet.  Social media was quick to take off and quickly developed into many different online platforms, including Myspace, Facebook, Twitter, LinkedIn and blogging.  Prospects and customers utilize these channels to learn more before they move into the next phase of their buying journey.  They also utilize these channels to reach out to the company to provide feedback or reviews on their products.  One tarnished review could prevent many prospects from exploring your product or could prevent current customers from returning.  An inappropriate response from the company to a consumer could also yield the same results.  It is imperative that employees are trained in social media reputation management to prevent mishaps from happening and to mitigate any potential damage when an issue does occur.

Year after year, many companies find themselves in “social media trouble” when things get posted when they shouldn’t, messaging is misconstrued, and the reactions when things do occur aren’t superb.  Take a look below at some of the examples from 2015 where social media reputation management could have been improved upon.

In 2015, IHOP created what many felt was an offensive tweet.  “Flat but has a GREAT personality” was the tweet that was found on their Twitter page.  While the intent behind it was to refer to their pancakes, many felt that this was a direct jab to flat chested women.  IHOP reacted and deleted the tweet, but not before receiving negative feedback from prospects and consumers alike across different media channels.

This could have been easily avoided if IHOP would have taken into consideration social media management.  While the person on the other end of the tweet likely felt that this was humorous, in a world where gender discrimination is at the forefront of many conversations, this was inappropriate.  Not only did IHOP have to react and ultimately deleted the tweet, they had to fight the negative feedback coming from all different angles.  This likely cost the company a lot of revenue all for a reference that we already knew—pancakes are flat.

Football fans and even non-football fans likely heard about an ESPN analyst’s blooper in January 2015.  While discussing football recruits via Twitter, an ESPN analyst provided a link in the tweet to what he thought was a highlight video.  When readers clicked the link, it quickly linked them to a pornographic video.  Although the tweet was quickly deleted by ESPN, this was a widely circulated blooper that took weeks to settle.

Although it likely was an honest mistake, this is a great example of why social media reputation needs to be continuously monitored with practices in place.  The one thing that we can all agree on is that once something is posted onto the internet, it is there for good.  In this case, ESPN had to combat those that felt that the likely honest mistake was a poor representation of the network.

In 2015, Target made a very controversial marketing decision related to gender signage in the children’s department.  Not only did this decision create a lot of controversy, the Facebook comments that ensued created even more.  A Facebook user thought it would be comical to create a look-a-like account called “AskForHelp” and used the Target logo as the profile picture.  It looked as if Target was commenting inappropriate to all of the angry comments that customers were making.  These comments continued for 16 hours on various customer’s posts.  This created more negative PR than Target needed and caused them to move into reaction mode.

Target did admit that they were late to react and take the necessary actions to mitigate the situation.  A solid reputation management plan would have certainly assisted in the issue and could have helped alleviate some of the negative feedback and attention that Target was receiving.

It is important for all companies, big and small, that use social media as a medium to attract leads and retain customers to have a social media reputation management program.  While we can delete a Facebook post or a tweet on Twitter, it is important to know that these images and items do not go away.  A screenshot and share could keep an issue on the surface for many years to come.  The International Association of Business Communications World Conference suggests that companies keep the below in mind:

As we move forward in our digital information age, it is important that companies have an online reputation management program in place.  While this is not limited to social media, a strong focus needs to be made in this area, as many companies place a significant focus on their social media accounts.  As a consumer, I value information that is provided on a company’s page, as I want to ensure that I am buying the product or service that will best suit my needs.  I take into consideration negative feedback, as well as the customer service that the company places behind their product or offerings.  Companies need to be very aware of social media and the ramifications that can occur from one negative comment or review.  They also need to be aware that we live in a world where humor can be misconstrued and media focus on negativity will certainly continue.  Both of these can be detrimental to a company, especially if there is not an online management program in place.

To learn more about the four key considerations listed above, click here.