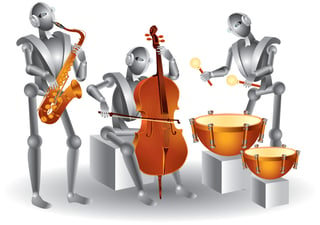 Many students are not ready for what lies ahead of them once they walk across the graduation stage. They are faced with the obligatory question after graduation, “What’s next?” Conversely, other students have multiple career opportunities available to them upon graduation due to adequate preparation, guidance, research, a comprehensive and accessible professional network, and other intangible factors. It is vital, especially for students in the arts, to acquire the necessary skills, knowledge, and professional network, to make a seamless transition into the professional world to pursue a successful, sustainable career.

Entrepreneurial artists, who possess creative talent, business acumen, and an in-depth knowledge of technology, increasingly drive the music industry. Entrepreneurial artists have taken control of both the content and delivery of their artistic material to the mass market, due to the advances in digital technology and user-friendly online distribution systems. It is becoming increasingly essential for students in the arts to acquire the skills and problem-solving abilities needed to thrive in a complex and ever-evolving industry.

Competition and the Evolution of Music Programs in Higher Education

It is apparent that many music programs across the country have adopted, embrace, and incorporate the study of business, technology, and non-traditional music. This is partially due to the fact that the aforementioned not only attract a greater array of students, but also prepare students for a larger number of career opportunities, which adds value to a degree. With the rising cost of tuition, many students incur a heavy debt load after graduation, struggle to find work in their chosen field of study, and in some cases, are ultimately forced to acquire employment outside of their chosen field of study. “As attention to cost and aid have increased, the program reports, so has the proportion of students submitting more college applications. In 2013, 55 percent of first-time, full-time freshmen said they had applied to more than four colleges, up from 45 percent in 2008. The report attributes that increase in part to the rise of the common applications, which more easily allows students to apply to several institutions. Also, the report says, students may perceive greater competition in college admissions.”[1] Many students are looking for a rapid ROI (Return on Investment) on their education shortly after graduation.

The Importance of Networking and Building a Professional Network 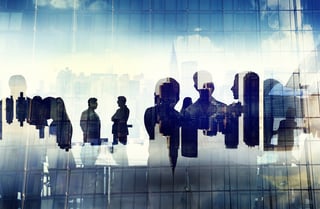 A rapid ROI can perhaps be attained through the aforementioned endeavors: adequate preparation, guidance, research, building a comprehensive and accessible professional network, and other intangible factors. Some may think that employers will appreciate the obligatory, "I'm willing to do or learn anything" approach to securing employment. However, most employers interpret that as "I'm desperate" or "I have no focus, so I'm just taking a shot at whatever I stumble across.” Creating a competitive professional portfolio, a strategy, and a professional network is essential to success. The old cliché, “It’s not what you know, but who you know” is still valid to some degree. While a sound education is of utmost importance, networking might perhaps, open doors that may not have been accessible. It is also important to not limit your network. “It doesn’t matter if someone is inside or outside of your industry, if they are interesting and influential, be willing to commit time and/or resources to meet, connect or help that individual.”[2]

Research of potential employers and industry professionals is of great importance. LinkedIn is a good place to start, however, it should not end there. Reciprocity does not always apply to networking. “Networking is not transactional, but too often it’s approached in such a way. Play the long game and build the network for the sake of building the network.”[3] It is important to aim high and reach out to senior level industry professionals. “Often times people miss opportunities to network because they feel intimidated, particularly if the other person is more senior. However, there is very little downside when aiming high, other than a bruised ego from time-to-time. The worst that can happen is they say “no” or ignore you. At that point, it is onward and upward!”[4]

The First DIY Artist and Cyclical Aspects of the Music Industry 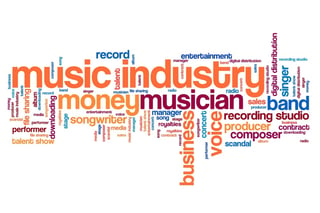 The DIY, do-it-yourself artist, can arguably, be traced back as early as Ludwig van Beethoven. “Long before record label deals and music industry middlemen, there was Ludvig van Beethoven, the ultimate ‘DIY’ indie artist. Beethoven, arguably the greatest classical composer in history, pre-dated the major label by more than 150 years and certainly couldn’t sell recordings. But in an era free of middlemen and heavy-handed contracts, Beethoven managed to earn a decent living by directly collecting revenue from a myriad of sources.”[5] Beethoven was able to accomplish this through the following: patronage, sheet music, live performances, instruction, and paid residencies.

A Model of a 21st Century Musician 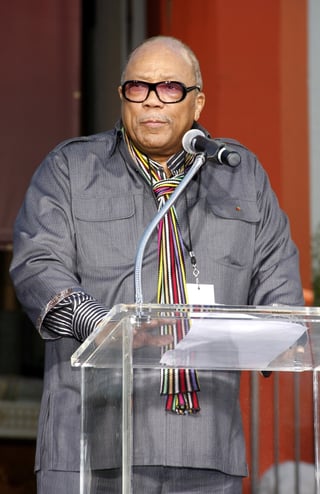 A contemporary music and entertainment industry mogul that encompasses the 21st century musician model is Quincy Jones. The multiplicity of Quincy Jones’ career in the music and entertainment industry can be traced back to his early days as a big band leader, to his current status as an accomplished music and entertainment industry mogul. Key points that made Jones such a success are: artistry, versatility, broad vision, successful entrepreneurial endeavors, business acumen, an in-depth knowledge of technology, fortitude, and his innovative collaboration with Michael Jackson and a array of other collaborators. “Jackson's Thriller was released Nov. 30 1982 and spent nearly 2 1/2 years on the Billboard album chart with 37 weeks at No. 1, holding the modern day record. It was also the first album in history to spend its first 80 weeks in the album chart's top 10, which has only been replicated once since. “[6]