5 Reasons You Need to Use Snapchat for Business Marketing 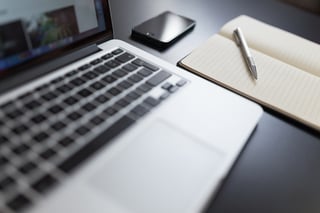 Take a moment and think about the time you explained what Facebook was to someone older than 40 years old.  I bet it was difficult.  I bet you heard, “Why does anyone care what I’m doing,” or “I don’t want people to see everything I do.”  Now think about how many of those people have a Facebook page.  The answer is probably astonishingly high.

Now just because your Grandma comments on all your photos does not necessarily translate into business value.  But for every person that didn’t know they needed or wanted a Facebook page was a marketing opportunity for businesses.

Snapchat has now become too large ignore.  According to TechCrunch, Snapchat now has a valuation of $20 Billion.  The company transformed the way content is created with the combined the easy consumption of information like Twitter with the video friendliness of YouTube.  Businesses that don’t get the memo are going to be missing out on a HUGE marketing opportunity that will reach an audience of millions. 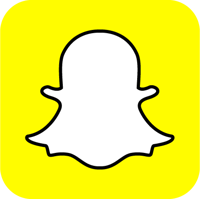 Below are the 5 Reasons to use Snapchat for Marketing:

1. Everyone has a smartphone

Lets’ start with the basics, shall we? At its core, Snapchat is utilizing no new technology. It instead gives people the option to take a picture, take a video, and makes it super easy to decide who will see the content. It’s using technology that is already in your audience’s hands. This alone should be enough to convince you, but humor me and explore the next 4 reasons.

2. It’s literally too big to ignore

As I stated previously, Snapchat is now worth $20 Billion.  Any company that can be valued at that much is certainly getting noticed by investors as well as the public at large. This puts the company in an exclusive club with other hugely successful app startups like Uber and Airbnb. As we have all seen with companies like this, eventually their product stops being a novelty and becomes a utility.

3. Usage is growing at an unbelievable rate

The numbers really speak for themselves on this. Take a look at the TechCrunch infographic below and notice how much the daily active users have increase since March of 2014. Keep in mind we are talking in millions of users.  Snapchat past 60 million Daily Users In The U.S. And Canada.  Snapchat, the messaging app that originally took off as a tool for sending disappearing photos, now has more than 60 million daily active users in the U.S. and Canada — about a third of Facebook's 175 million daily users in the same region.

4. It gives people an inside look

Let’s say your company is doing some awesome charity work and you want to show your employees helping their communities. I don’t think there could be a better application for this purpose. Businesses can show an immensely huge audience what it’s like to work for the company, the type of people that work there, and overall interesting things that the general public may never know about, all in an easily consumable method.

Geo filters can be especially useful for both large and small businesses alike. They are unique to a location and/or event and people love to use them. It essentially encourages the general public to do the marketing for you! The main takeaway here is that the application continues to innovate and create new ways that encourage content creation.

So there is the list.  Get out there and get your marketing going with Snapchat.  And remember, pics or didn’t happen!