The Not So Distant Future

The Not So Distant Future 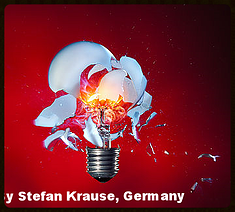 past 4 weeks I have become interested in the new television series called ‘Cosmos: A space-time Odyssey’ hosted by one of the great ‘intellectuals’ of the modern era Neil deGrasse Tyson.  A show that a takes a shot on scientific storytelling to reveal the grandeur of the universe and re-invent the original series which was hosted by Carl Sagan.  The show itself essentially tries to explain how the universe works to a wider audience not just science buffs.  An interesting tool they use in the show “Ship of the Imagination” goes to far out galaxies and even shrinks down to the size of an atom to show how the universe works with special effects and CGI.  The reason I mention this ship of the universe is because I wondered what the future will be like in our lifetime.  Seeing as how we went from flying in 1903 to landing on the moon in 1969.  It took the human race just 66 years for that to happen.  We are growing at an exponential rate.  Computers are become faster, smaller and cheaper.  Advances in medicine and technology are allowing us to discover and advanced even further.  So with all these advances I wonder how will the future be like for me and my generation who grew up with technology around us.

How will the future be like for me and my generation?

To answer this question I went to google.com and started browsing -- one YouTube video that intrigued me was a talk done by Dr. Peter Diamandis. The World in 2050

It’s a great talk about technological advancements that have occurred already and where they will be heading in the near future.

Some points from the video that I found very interesting are:

With all these technological innovations many questions must be answered, about privacy and what governments are going to do about joblessness.  Be assured the job culling is coming.  In my next blog I will go a little more in depth about this specific topic because of the implications.  Either way, we are entering into an era of innovation and can’t wait to see what the human species does next!

(All credit and accolades for this tremendous blog post are for Saad Ghayas who is the author and content creator.)