The American diet, sodium content and the obesity crisis 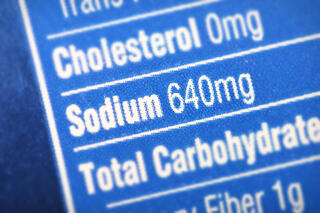 Nearly one-third of the calories in the standard American diet come from foods that add calories with little nutritional benefit--soft drinks, sweets and desserts, alcoholic beverages, and salty snacks (Block 2004). Therefore, it is not surprising that the prevalence of childhood and adult obesity, diabetes, and other chronic diseases has increased dramatically in the last 30 years. The unhealthiness of the American diet is the result of a complex mix of social, marketing, environmental, product, and individual (e.g., affective preferences) factors (Seiders and Petty 2004; Wansink 2010). Consequently, food consumption-related issues have been investigated from the perspective of many different disciplines. Within the field of marketing, much of this research has focused on the highly visible and well-publicized "obesity crisis." Given the strong relationship between the overconsumption of food and obesity, it is not surprising that calories have been the focus of many of these studies. However, America's recent preoccupation with calories has a potential downside—other negative nutrients (e.g., sodium, sugar, cholesterol) that are associated with the development of several serious health conditions which may not always be receiving the level of attention they deserve.

Perceptions of healthy eating and the halo effect

It is no surprise that how people perceive the healthiness of a food item can influence their perceptions regarding how many calories the product contains.  For example, people would generally assume that a sandwich containing fried chicken would contain more calories compared to a sandwich containing grilled chicken. This perception that a healthy food would contain a more favorable level of nutrients compared to an unhealthy food is referred to as a health halo effect. The problem with the health halo effect is that our health perceptions across all attributes of a product may not hold up.  For example, some consumers may infer that an avocado is a "good diet food" because it is a fresh fruit perceived as healthy and does contain healthy fats; however, avocados are not (relatively) low in calories.

Sodium – More than just a grain of salt

We were interested in examining how healthy halo perceptions influence sodium estimates because the amount of sodium in the American diet has become an area of concern. The average daily intake of sodium for U.S. consumers is 3,400 mg, almost 50 percent above the maximum recommended level and more than twice the level for the 50 percent of the US population at greatest risk.

The average daily intake of sodium for U.S. consumers is 3,400 mg, almost 50% above the maximum recommended level.

In response, the U.S. government has issued a call to action to reduce sodium intake (Centers for Disease Control and Prevention (CDC) 2009, 2013). Excessive sodium intake increases the risk of hypertension, and hypertension is among the known risk factors correlated with stroke and coronary heart disease. In fact, the link between hypertension and heart disease is stronger than the links between heart disease and smoking, high cholesterol, or obesity (Liebman 2010; Howlett et al. 2012). Reducing Americans' average daily intake of sodium to the recommended level of 2,300 mg could potentially eliminate 11 million cases of high blood pressure, prevent 92,000 annual deaths, reduce strokes by 66,000 per year, and save over $18 billion annually in health care costs (Palar and Sturm 2009; Liebman 2010).

Calories vs. nutritional facts:  Why you need to know both about the foods you eat 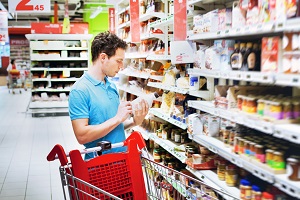 The primary sources of salt in our diet come from restaurant and processed food items (Food and Drug Administration (FDA) 2012; Howlett et al. 2012), and calories consumed away-from-home now account for nearly 50 percent of food expenditures. One way in which health-conscious consumers may reduce sodium and calorie intake is to avoid or decrease their consumption of these high calorie and high salt content foods. While calorie and sodium information is required on the Nutrition Facts panel of most packaged foods (and therefore easily accessible for motivated consumers), for restaurant foods this is not the case. Traditionally, nutrition information has not been available at the point of purchase for restaurant chains, but diners will soon notice some major changes in their shopping environment. The U.S. Patient Protection and Affordable Care Act (Public Law 111-148), signed into law on March 23, 2010, requires the provision of calories on menus, menu boards, and drive through menu boards for all restaurant chains with twenty or more outlets nationally. (1) The provision of sodium information, however, is not mandated. Thus, because sodium information will only be available upon request, it seems unlikely to be frequently accessed or to have any major influence on product evaluation processes at the point of purchase (Wootan and Osborn 2006; Howlett et al. 2012). This may be problematic since many restaurant items often contain extremely high amounts of sodium; some items contain two to three times more than the daily recommended level (Center for Science in the Public Interest (CSPI) 2009).  (In simpler terms: you’ll get the calorie count of the doughnut but not the nutritional value.)

Results across four studies show that while most consumers underestimate calorie levels of restaurant menu items, the degree of underestimation is substantially greater for sodium. Given those findings, the research also sought to determine how providing calorie and sodium information on restaurant menu boards would influence purchase intentions and attitudes. The research indicates that including sodium content levels for menu items, in addition to calorie information, influences purchase intentions and choices of consumers with high health risk levels.  This indicates that it is important to include sodium information on restaurant menus in addition to calorie levels given the impact that sodium consumption has on public health.  The inclusion of sodium information is particularly important for those consumers who already face health risks due to sodium and the inclusion of this information will allow them to make informed choices when they go out to eat at a restaurant.  In addition, in places where calorie labeling is required, restaurants have started to introduce menu items that contain fewer calories or restaurants have slightly reformulated some of their traditional menu items so that they are lower in calories.  Including sodium levels on menus may encourage restaurants to create new menu items or modify old menu items to contain less sodium.

This research (“How the perceived healthfulness of restaurant menu items influences sodium and calorie misperceptions: implications for nutrition disclosures in chain restaurants.") was published in the Journal of Consumer Affairs (2014), issue 48 volume 1.