Should consumers be concerned about businesses tracking data online?

Editor’s note: Aloshia Jackson is an M.B.A. student at Wayne State University’s School of Business. Recently, she examined Internet methods available to business to track consumer behavior. In her post, she also questions the ethical implications for business and privacy options for the individual online consumer.

Advances in online technology over the years have tremendously impacted the way in which marketers obtain information in order to improve targeting, segmentation, reach and therefore profitability. It has also impacted the way products are marketed to consumers.

Such advances allows marketers to tailor ads and search results to the consumer based on activity storing cookies on consumer’s computers and other data collection methods. As a result, marketers are able to keep items of interest in front of the consumer rather than annoying advertisements, products, and services that the consumer is not interested in and provide a huge array of services to consumers. While there are many benefits to tracking and collecting data through modern day internet technology several concerns arise:

Consumer concern over data collection and tracking by businesses online has continued to rise over the years. A survey conducted by data privacy management company; TrustE, found the following information:

How do businesses collect data from consumers? 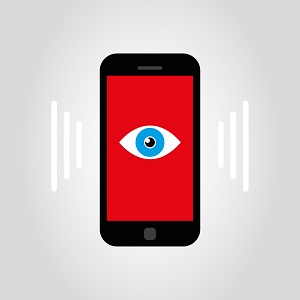 The most controversial method used to collect data from consumers is through the use of Internet cookies. Internet cookies are essentially text files that are stored on a user’s computer when they visit websites. Some cookies allow information such as usernames, location, and webpages browsed to be collected and stored. Some cookies can be deleted by the user from the Internet settings on their computer. Others can be deleted when the user ends the browsing session while others cannot be deleted and are constantly restored to the user’s computer even after they have deleted them. This type of tracking has raised several ethical concerns due to the type of information collected, the use of the data after it is collected, and the fact that some cookies are stored without consent.

What type of data is collected from consumers?

Two types of consumer data are collected by businesses online:

Unethical use of data tracking tools

Unfortunately, concern over internet privacy still exists despite the implementation of data privacy laws such as the Data Protection Act. Some businesses have done more to support the need to for consumers to be concerned rather the prevent it. Let’s take a look at a couple of examples:

As demonstrated in the examples above companies, new and old, are using consumer data collected online to provide services to consumers. Unfortunately this is sometimes done at the expense of the consumer. Some businesses collect data from users without their consent, others use it for their own personal benefit, neglecting the overall good of the consumer. So yes, while advances in technology have significantly improved the way we carry out regular activities such as shopping, traveling and communicating, it comes with some risk of unethical activities and an invasion of privacy. Consumers should be concerned about how businesses use their information. With the increase in online shopping, marketing, communication, and sharing, it will be critical that consumers stay aware of how their personal data is being used by businesses.