Editor's note: Ansel Alfonso is a student at Wayne State University's School of  Business in Detroit. 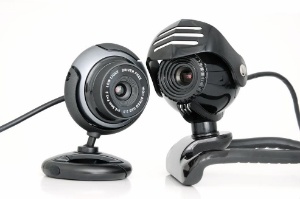 Even five years ago, the thought of making a living out of streaming a video of yourself doing things you love would have been ludicrous.  It was a different time, when social media was still somewhat on the rise and live streaming was usually limited to big sporting or political events.

Times have changed.  Websites like Twitch, Ustream and YouTube Live give individuals the power to share their interests and even monetize their interests through donations from other users, (TwitchAlerts, Patreon, Kickstarter, Gambitious,) ad revenue, sponsorship, affiliate offers, and website partnerships (Twitch Partner Application). 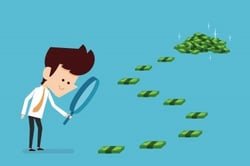 Image courtesy of 'bplanet' at FreeDigitalPhotos.net

The words above may seem dubious to most people.  It exudes vibes akin to that of Ponzi schemes, Nigerian princes in need, and misleading job postings.  While there are several success stories of people making thousands of dollars a month from livestreaming, it’s best to get into livestreaming with the mindset of wanting to share something you love with the world instead of going into it expecting to get rich and live the life from the moment you begin livestreaming.  Keep in mind that there is some hard work involved if you want to be successful.

Take Mrhappy1227, for example, (Dream Network) as one of the more successful live streamers on Twitch.  He started livestreaming as a hobby and was just happy sharing what he loved with people online during his spare time.  Initially he never sought out to be as successful as he is right now, making thousands of dollars a month.  Even when he lost his day job and started to get more serious with livestreaming, his expectations were modest.  After being put in a 10 minute spotlight by one of the most prominent streamers, his channel grew as his subscriber base increased.

Another example is Trump who streams daily from 11am to 6pm, logging hours akin to a full time regular day job.   He started streaming just after college while job searching, and maintained streaming even after finding a job.  Eventually though, it made more sense for him to make a living streaming full time over his day job at the time.  He mentions starting at sub-minimum wage income and eventually making it to a comfortable amount as his subscribers and viewer base increased.

Maintaining success however is a constant thing as mentioned above and keeps most successful live streamers busy when they’re not online streaming.  We’ll get into this in a bit, but know that it’s not all fun and games.  If you’re looking for easy money, you might have to look elsewhere.  Also keep in mind, streaming for a living isn’t for everyone.  It takes a lot of work, practice and a degree of luck in order to become successful. 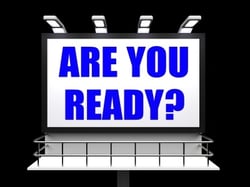 Signed up?  Good!  Now you may be wondering why this blog post is Twitch.tv centric, and there’s a reason for that.  According to Business Insider statistics, Twitch.tv amounts to 43.6% of live video streaming by volume.  This translates to a bigger potential audience even though the focus is narrower in that Twitch streamers mostly stream content about videogames.  Twitch and websites like it serve as community sites; it’s successful not because of a handful of personalities, but because of the wide variety of people involved in livestreaming content about a common thing they love.

A lot of the things discussed in this getting started section can be applied to the other websites.  So without further ado, let’s get started.

Now for Twitch you’ll most likely be streaming videogames, so make sure you have a reasonably powerful computer.   Recommended specifications straight from the website mention having the following:

The software listed below lets you record and stream footage from your computer. Some even let you log into the website of your choice in the client for a more seamless integration.

With Twitch, they give you a dashboard that lets you preview your stream and adjust your heads up display.  You can move your webcam feed size and location, add donation alerts via third party providers, and set up notifications to make your stream more interactive to your viewers.  You can also add custom emotes and Heads-Up Display (HUD) elements by employing individuals who provide such services.

The Most Important Component: You 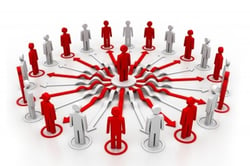 Image courtesy of ddpavumba at FreeDigitalPhotos.net

Of course to make it in the live streaming business, the main thing you have going for you is yourself.  Some streamers are naturals in that they attract audiences no matter what they’re covering.  Not everyone is so fortunate however and one may have to work on their small talk skills in order to engage your audience.

The "ARE" method applies even to live streaming:

It’s also imperative that you’re knowledgeable on what you’re streaming because a lot of your viewers will rely on you as a resource of information.  Think of yourself as assuming the role of community leader, with your viewers as your denizens that need guidance.  You will be expected to respond and interact with your audience live so be prepared. 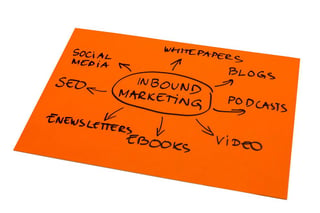 For Twitch, the content creation starts when you begin streaming live for your audience.  It may be wise to supplement your live stream with YouTube videos highlighting key moments of your live stream.  Events such as outstanding donations, funny moments, a message to viewers who may not be online, and memorable events are all prime candidates for clips to upload to YouTube so people can access them at their own time.  On each YouTube video, a link to your live stream and schedule should be posted so people know when and where they can watch you live streaming.

In order to grow your audience by making your broadcast easy to find, you should employ social media tactics using tools such as Reddit, Twitter, Facebook, and Instagram.  You will essentially be building a virtual community around your livestream and it is important to be able to influence and enhance the audience experience and behavior.  Another goal to grow your audience is to get your channel out there and attract people who have an interest in what you have to offer.  Use relevant hashtags, replies, and mentions effectively on Twitter in order to grow your presence which may, in turn, add more people to your audience.

A website may also be important with the intention of using search engine optimization and web analytic tools to make your livestream channel more likely to come up on searches if you focus on a particular topic.  You could embed your stream onto the front page of your website and have resources for your audience available upon filling out some landing page forms.  A forum may also prove useful in order to let your audience talk amongst themselves outside of your live stream.  It also lets you provide announcements and promotions in order to let viewers know what the plan is on your next live stream.

So there you have it, share what you love through livestreaming, maybe make some money.  Who knows?  You might end up successful doing what you love. Just have realistic expectations going in.