The Next Billion-Dollar Question 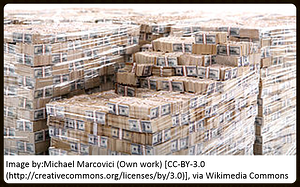 I wanted to integrate something I am passionate for with the material I have learned in ISM 7505: Inbound Information Technology.  Having graduated from Michigan State University, college basketball is one of my passions!  I was very fortunate in my 4 year college career to witness our basketball program at an elite level: BACK TO BACK FINAL FOURS!  The greatest thing about college basketball is March Madness.  There are plenty of people who don’t watch a game during the regular season who fill out a bracket and become a fan for those few short weeks in March and April.  According to the Atlantic, the tournament is a $2.5 billion industry; including individual game bets, future bets, and most importantly your brackets!

Two billionaire geniuses capitalized on this once a year great marketing opportunity: Warren Buffet and my fellow Spartan, Dan Gilbert.  These two both put up half a billion dollars each to the fan who was able to correctly fill out a perfect bracket.  A perfect bracket is a bracket where every game (all 68) is chosen correctly.  Now you are thinking they are crazy?!?!  A billion dollars?  But are they?  Mathematically no.  According to printyourbrackets.com, the true odds of filling out a perfect bracket are 1 in 9,223,372,036,854,775,808.  That’s one in basically nine quintillion.  So their measly half a billion dollars does not seem that large.  They were not only offering the pipe dream of becoming a billionaire, but also Quicken Loans was also offering $100,000 (a nice sum of money but no billion dollars) to the most correctly filled out brackets.  This 100 grand could be used toward a buying, refinancing, or remodeling your home.

If you are still thinking Warren and Dan are crazy, just stop to think.  Of the 15 million hopefuls, none had a perfect bracket after the first weekend.  In fact, no one had a perfect bracket after the 25th game in the tournament.  George Washington’s win over Memphis ended everyone’s dream.  My bracket didn’t even make it past the first game; Dayton ruined my billion-dollar dream and bolstered my hatred for a rival, Ohio State.

So now that you know that mathematically the risk of them losing a billion dollars was miniscule, was it worth it?  Not only do I think so, but the USA Today agrees with me.  To start, Quicken Loans’ brand awareness shot up 300% in what is considered the best marketing stunt of 2014.  They feel it was so successful they are already working on next year’s version.  Next, with 20 people winning $100,000 towards a home, you immediately gain 20 new clients who you didn’t have before who are now buying a home they weren’t going to buy in the first place, or are now going to buy a more expensive home with a higher mortgage.

Finally, Quicken did a fantastic job of linking its social media around the Billion Dollar Bracket Challenge.  Not only do they have 15 million people who are emailed directly with updates and offers, they also have indirect contact with all of their friends and followers on social media.  When you first sign up, it thanks you for your participation and encourages you to spread the word via Facebook, Zing, YouTube, and Twitter via #BillionBracket.  Next, once you have signed up it prompts you to download the Quicken Loan App and to sign up for mortgage rate updates.  Then it sends you a separate email about Zing, their App, informing you of all of the wonderful things it can do for you about your home including: articles or even blogging about decorating tips.  Then throughout the tournament, it sends you updates about the number of brackets remaining that are perfect with various links towards Quicken Loans and its offerings such as the HARP Loan.

Dan and Warren did a fantastic job of thinking outside the box to raise awareness in today’s social media society.  Everyone was talking, blogging, tweeting, and/or posting about the Billion Dollar Bracket Challenge regardless if they were a sport fan or not and filled out a bracket for one of the coveted 15 million spots.  I would only expect next year’s version to create more of a buzz as they look to improve on a tremendously successful product!  Hopefully I can make it past the first game and my Spartans can get past the Elite 8. GO GREEN!