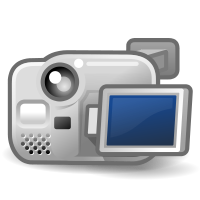 To make matters worse, your video was not that funny in the first place.  My friend posted a “viral” video online that was created for a car dealership.  First, let me show you how this was done well: http://www.youtube.com/watch?v=57dzaMaouXA

This video has everything that a viral video needs. It’s funny. It’s relevant. It has Justin Timberlake. It’s great. You can’t simply copy a good idea and hope to reignite the same flame though. This is how not to do viral videos:

Brutal.  Did you finish it?  I couldn’t…and my friend is in it.  You’re not a late night talk show host.  11 Saturday Night Live writers probably worked for a week on the Jimmy Fallon video.  You did your video at lunch.  Still think your stuff is funny?


..and I repeat, Jimmy Fallon’s video had Justin Timberlake in it.

The other problem that companies run into is that they lose sight of why they are marketing in the first place.  You broadcast messages to promote your brand.  Anyone with a cell phone camera can create a funny video.  Does your “viral” idea promote your brand at all?  Brand recall and brand recognition are two elements that are constantly missed on even the best viral videos.  Take this viral ad for example:

Kmart rolled out their “Ship my Pants” campaign last year and it immediately went viral.  I almost shipped my pants watching it.  It’s hilarious.  However, in the 34 second commercial, “Kmart” is only mentioned for the last 7 seconds.  Some people see a video with nearly 8 million views.  I see an opportunity lost.  To demonstrate how this can be done well, here is one of my favorite ads right now:

It probably will not go viral, however this simply demonstrates how a brand can create brand recognition in a video.  “Southwest.com” is prominently displayed throughout the commercial.  That is 30 seconds of reminder.  If the average person must see something 7 times before remembering it, imagine what a solid 2 minute video could do.

Finally, is “going viral” really what your brand needs, anyway?  Marketing thrives when there is a “buzz” surrounding your brand.  Nothing can create buzz faster than a video that is shared online by millions of people.  However a viral video does not a successful company make.  I would again like to use the example of the Kmart “Ship My Pants” ad.  Kmart has been struggling for years to gain market share in a crowded industry.  The problem is not that people don’t know that Kmart exists.  They simply choose to shop elsewhere.  Whether they go to Wal-Mart because of the prices of Target for the environment.  Kmart finds itself without a legion of loyal consumers.  This is not because their ads are bad.  It is because their stores are bad.  I have never been in a nice Kmart.  Their viral ad didn’t change that.  The thing you need most might be a makeover, not a YouTube video.

So what can you do?  The simple answer is the keep trying thought the odds are not in your favor.  There is not always a reason for the success of videos online.  It just happens.  Sometimes skill needs to be met with a little bit of luck.  The Jimmy Fallon hashtag video had solid viral video elements, however Jimmy Fallon also has a YouTube channel with thousands of videos on it.  Not even brilliant comedians hit home runs every time.  There are lessons to be learned from his success however.  Please do not get this confused with copying what others have done.  Originality is king online.  Speak to your customers and deliver a message.  If worst comes to worst, at least you are teaching something to the 7 people that watched your video.  Finally, make sure that you don’t lose sight of what is important.  Making a funny video is cool, however it doesn’t always make the register ring.

…and get Justin Timberlake into you next viral video.

(All credit and accolades for this tremenous blog post are to Brien Baumgartner who is the author and content creator.)