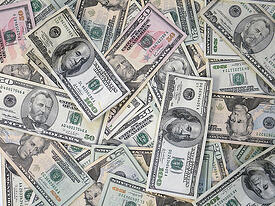 In the May 2013 issue of the “Harvard Business Review,” School of Business Administration researchers Sudip Datta, Abhijit Guha, and Mai Iskandar-Datta published their insights on the gender-based compensation gap of Chief Financial Officers (CFO).

These researchers from the School of Business Administration at Wayne State University, conducted research of nearly 1,600 CFOs in publicly traded United States firms between 1994 and 2007. The research presents that initially, women CFOs may have received slightly better compensation packages yet after two years the pay parity had eroded and women CFOs had a 4.5-5% wage gap in their compensation packages. These researchers present four important suggestions to address this issue of compensation gap.

Mary Kramer, publisher of Crain's Detroit Business, commented on this report in her article entitled, “Lean in? Women also need to negotiate.” Mary quotes Sudip Datta as indicating two key factors contribute to this disparity. The two factors are women are:

Her advice is to “Learn to negotiate” and “Be prepared to move.”  So, what do you think? Please provide your comments on this research!